Launched in the summer of 2010, the Bleu de Chanel perfume quickly became one of the greatest symbols of freshness and elegance in the men’s perfume department. Its subtle and woody accords make it one of the most iconic juices of our time. Revolutionary, natural and intense fragrance, this one gives birth to the shivers from its first breath. He embodies all facets of masculinity, revealing to us the image of a manly and tender man at the same time.

If Chanel has chosen to use the color blue in one of its cult perfumes, it is quite simply because it has a universal scope. Blue embodies the color of the sky or that of the sea. In this sense, it echoes the horizon and opens the field of possibilities to infinity. Likewise, blue is a color closely related to dreams. Thus, it inspires serenity. Many cultures consider blue to be the perfect echo of life. Both limpid and generous, the blue is present without ever being suffocating or too garish. What’s more, if girls are associated with pink, what better color to embody masculinity than this one?

Five years after the first advertising film for the Bleu de Chanel perfume, the brand has decided to reveal a new face to us to embody its star fragrance. From now on, Bleu de Chanel is symbolized on the screen by the handsome Gaspard Ulliel. Staged in commercials where he is as mysterious as he is adored by the crowd, this one is particularly attractive. The perfect incarnation of the Chanel man, he was successively imaged by directors Martin Scorsese and James Gray. Gaspard Ulliel expresses his need for freedom while making all the women agree as to his game of seduction. The idea here was to give us the image of a man following his instinct above all.

A perfume made by Jacques Polge

Nevertheless, Bleu de Chanel would be nothing without the talent of perfumer Jacques Polge. Exclusive nose of the house of Chanel for many years, he integrated this position within the brand in 1978. He succeeded at Chanel the perfumer Henri Robert and had the heavy task of perpetuating the already colossal heritage of the brand. . However, if we are to believe his longevity in this position as well as the fame of his creations, it would seem that Jacques Polge brilliantly won his bet. He never ceased to perpetuate the elegance of Gabrielle Chanel throughout his career. In 2013, he nevertheless gave way to Olivier Polge, his son, closing the chapter of a long career marked by success, as evidenced by the Bleu de Chanel perfume.

The enigmatic blue of Chanel

Bleu de Chanel is a nonconformist at heart. It wants to be as enigmatic as it is timeless. Its composition seems to celebrate the masculinity that decides its own destiny. Bleu de Chanel is a juice of independence and determination revealing an absolutely captivating woody and aromatic trail.

The freedom of Chanel

With Bleu de Chanel, it is a real breath of freedom that seems to hover over the Chanel brand. With it, man is free to create, to surprise, to think for himself. He is unexpected and independent. He is a sort of modern-day hero who lives his life as he sees fit and who does not hesitate to take his destiny in hand. This franchise is then displayed through a strong color: blue. What is more, it has always been associated with men. It seems to open the way to new horizons. Indeed, blue is synonymous with the infinity of the sky and the immensity of the sea. Also, Bleu de Chanel does not hesitate to immerse us in a timeless masculine universe.

Bleu de Chanel starts with very zesty and dazzling notes. In this case, this juice is composed of orange trees and lemon trees from Calabria. Similarly, grapefruit further increases the dose of impertinence of the whole. Spices are also present to reinforce its dynamism. It includes ginger, pink berries, peppermint and nutmeg. If the jasmine nevertheless brings a dose of lightness, Bleu de Chanel does not take long to show all its virility thanks to more woody tones such as cedar, vetiver and labdanum. Finally, the whole is underlined with an elegant touch of patchouli and incense.

Unexpected and yet perfectly identifiable, BLEU DE CHANEL is a new and faithful follow-up to the men of the House. This scent goes where we least expect it. It is aimed at men who wish to decide their destiny, act instead of obeying, free themselves from all constraints and write the scenario of their own life …

Male color par excellence, blue is also the color of openness, of freedom. CHANEL has developed a unique blue for BLEU DE CHANEL. A blue too black to be blue and too blue to be black. A blue of character, deep, full of mystery.

Absolutely elegant and radically pure, the BLEU DE CHANEL bottle does not make the slightest concession to fashion. Simple, deep, dense, both imposing and discreet, this is a creation where authority and elegance are one. A magnetic cover which emits a metallic sound, clean, impeccable when closing: the double C remains as well positioned as ever. A square spray with broad shoulders, contemporary, sleek, designed for a man’s hand. The wonderful mirror of a fragrance of elegance and freedom. 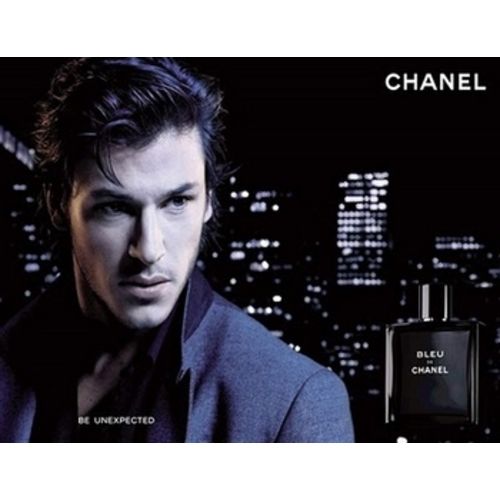 BLEU DE CHANEL is the meeting of timeless woodiness and innovative notes made from cedarwood. Very dry, tenacious and vibrant woody notes which form the backbone of the fragrance and give it power and elegance. In addition, for the Eau de Parfum we find sensual and oriental amber which accentuates the woody side of the perfume.

BLEU DE CHANEL is a fragrance that makes you want to be yourself, a fragrance that respects men, their identity and their freedom. It is aimed at all men who refuse to stick to a formatted image and possess that spirit of independence so dear to CHANEL. Young men will like his elegance and nervousness: many will go to him for his nonconformism.

Find it at the best price with our perfume partner: Fragrenza Perfumes as well as all the products of the CHANEL brand .

A Wing & A Prayer Perfumes

Serge Lutens
Most popular this month

Dolce & Gabbana – The One Desire